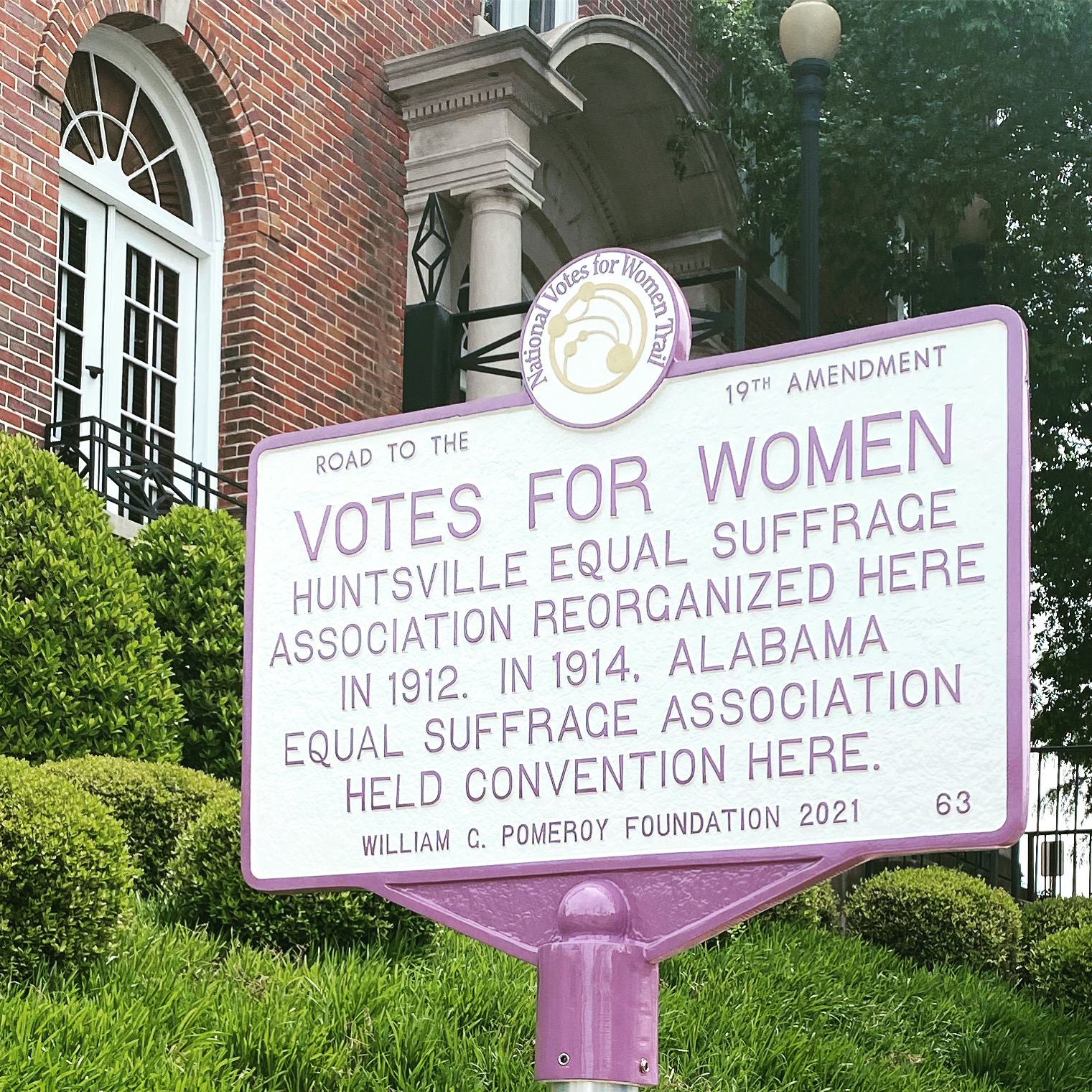 The William G. Pomeroy Foundation donated this distinctly purple marker recognizing the YMCA Building on Greene Street.  The site was recognized for its affiliation with two important events in our national suffrage history.  In 1912,  the YMCA Building was the site of a meeting reconvening the Huntsville Equal Suffrage Association.  In 1914, the Huntsville Equal Suffrage Association hosted a state suffrage convention at this site.  Although many suffragists helped organize and fund the YMCA, board members would now allow the women to hold their regular monthly meetings in the building, fearing that suffrage was too controversial a cause.

Remember the Ladies: Marking the Places where Huntsville Women Made History