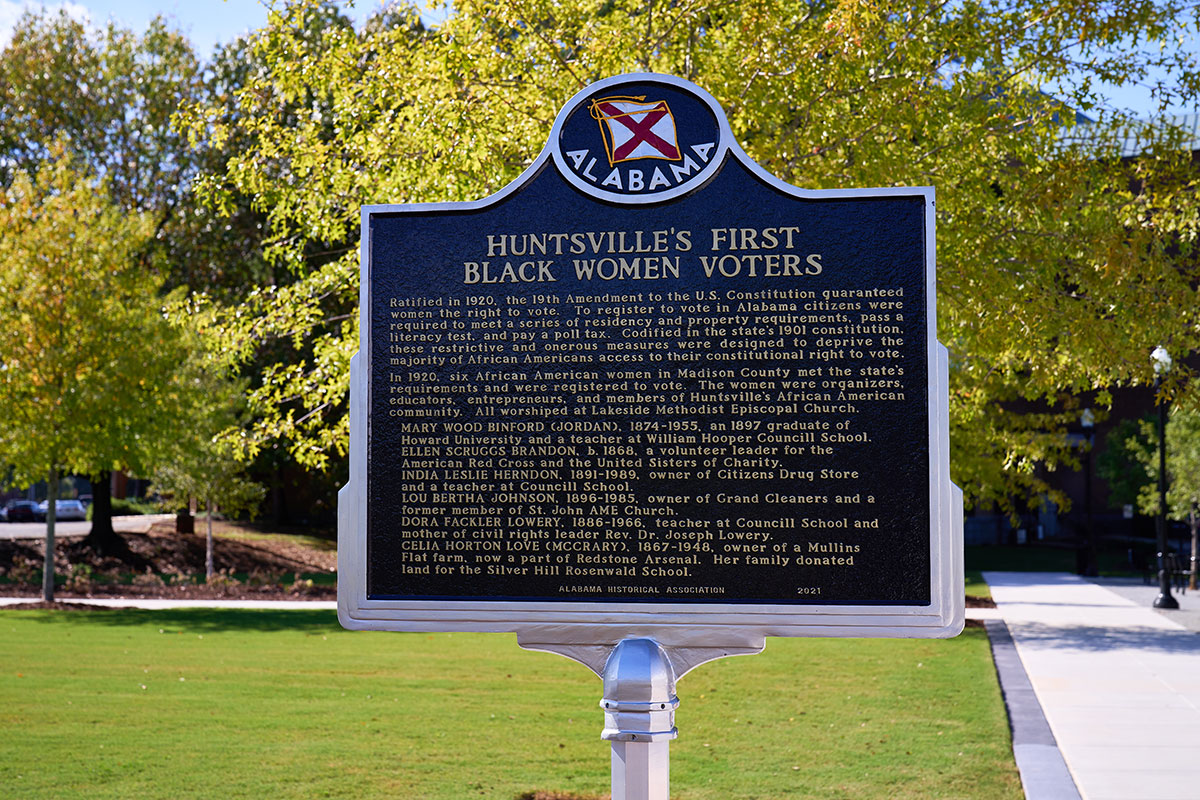 William Hooper Councill Memorial Park is the site for this historic marker recognizing the first Black women allowed to vote in Madison County, following the ratification of the 19th amendment.  Provisions in Alabama’s 1901 Constitution limited the numbers of Black and poor white Alabamians who could qualify to vote, but these six brave Black women confronted racial prejudice and demanded a right denied to them since our nation’s inception.  The actions of these women were part of a larger effort that began 1901 for Black Huntsvillians to resist, challenge, and eventually overthrow discriminatory laws. Their actions, combined with others across the nation, resulted in the passage of the Civil Rights Act of 1964 and the Voting Rights Act of 1965.