Following the ratification of the 19th amendment in 1920, over 100,000 Alabama women registered to vote, including 1,373 Madison County women. Of those, six were Black women. Soon, the names of these heroes–Mary Wood Binford, Ellen Scruggs Brandon, India Leslie Herndon, Lou Bertha Johnson, Dora Fackler Lowery, and Celia Horton Love—will be inscribed in the Huntsville landscape for posterity, with a historic marker placed in their honor at Councill High Memorial Park. This marker will memorialize the courage of six Black women who walked up the steps of the Madison County Courthouse in Jim Crow Alabama and claimed their right to vote.

Madison County’s first Black women voters lived in a community whose political and civil rights were threatened by the rise of white supremacy. Black citizens fought vigorously to retain the political and civil rights granted to them by the Constitution’s 14th and 15th amendments. They took their disputes to the courts, and by the late 1800s these cases landed at the Supreme Court. The highest court in the land codified legal segregation with its 1896 ruling in Plessy V. Ferguson. The Supreme Court also upheld the constitutionality of Alabama’s 1901 constitution, which imposed property, literacy, residency requirements and the payment of a poll tax to qualify for voter registration. Through these provisions, over 178,000 Black males lost their right to vote.

All of Madison County’s Black women voters were the daughters and granddaughters of formerly enslaved people who had established a foothold of success in the decades following slavery.

The 19th amendment offered some Black women an opportunity to defend their community, their families and themselves through the exercise of their voting rights.  All of Madison County’s Black women voters were the daughters and granddaughters of formerly enslaved people who had established a foothold of success in the decades following slavery. Their fathers, brothers and husbands had voting rights before the 1901 Constitution. In fact, several of their male family members held elected office. Huntsville voters elected Henry C. Binford, Sr., the father-in-law of Mary Binford, and Daniel Brandon, the husband of Ellen Brandon as city aldermen.

The women and their husbands were successful members of Huntsville’s Black community. Ellen and Daniel Brandon owned a prosperous construction company.  Lou Bertha and Shelby Johnson owned Grand Shine Parlor, a dry-cleaning business.  India and A. J. Herndon owned Citizens Drug Store, and Dora and Leroy Lowery owned businesses in the Church Street business district. Leroy Lowery also served on the Board of the Supreme Life Insurance Company of Illinois.

Celia Love McCrary was the only woman whose income was related to agriculture.  She and her husband owned a large farm in Mullen’s Flat, now part of Redstone Arsenal.  Her husband, Adolphus Love, was reputed to be the wealthiest Black man in Madison County. Their commitment to education is clear: in 1917, Celia and Adolphus Love donated land to the state of Alabama for the construction of what became the Silver Hill Rosenwald School.  This one-room school house provided a first through eighth grade education to Black children in the Mullins Flat community. Students wishing to finish their education were required to transfer to Councill High School, the only high school for Black students in Madison County.

All the women had formal educations.  In fact, Binford, Brandon, Herndon, and Lowery taught at the school eventually named for William Hooper Councill. Mary Binford and her husband, Henry C. Binford, Jr. both graduated from Howard University in Washington, D.C.  Henry Binford retired as the principal of Councill High in 1918.

India Herndon was an educator who taught at William Hooper Councill High School. She and her husband, A. J. Herndon, owned Citizens Drug Store. 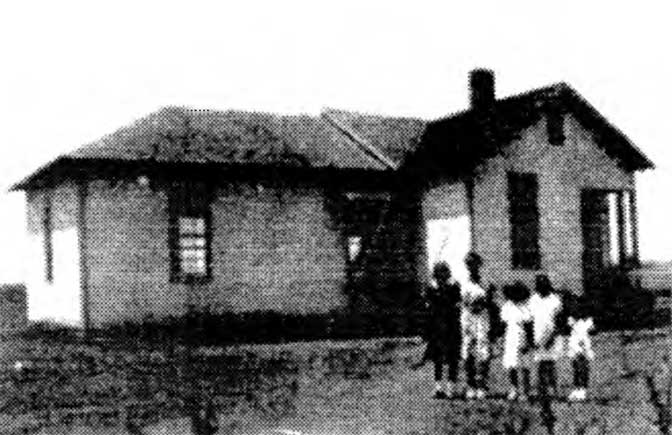 Mary Wood Binford, a graduate of Howard University, was the likely catalyst behind the women’s political activism.

Mary Binford was the likely catalyst behind the women’s political activism. Binford earned a college degree from Howard University in 1897, one of the few women of this era to earn this award. She married Henry C. Binford, Jr., a member of the very influential Binford family of Huntsville, in 1899. After their marriage, she joined her husband in Huntsville before his teaching career took them to Baltimore, Maryland and Kansas. They returned to Huntsville in 1908.

While Mary Binford attended Howard University, Washington D.C. became the epicenter of the Black suffrage movement. In 1896, luminaries including Mary Church Terrell, Mary Margaret Washington and Ida B. formed the National Association of Colored Women, later called the National Association of Colored Women’s Clubs. This national organization became an umbrella organization for local clubs to work together on causes important to the Black community, including women’s suffrage, anti-lynching legislation and Jim Crow laws. The Association’s founding principle, “lifting as we climb,” encouraged successful Black women to take on leadership roles and spearhead reform in their local communities.

“Lifting as we climb” reflects the actions of Huntsville’s Black women voters as wives, mothers, educators and business owners.

These principles reflect the actions of Huntsville’s Black women voters within their community- as wives, mothers, educators and business owners.  All the women were members of Lakeside Methodist Church, the hub of spiritual, cultural and educational activities in Huntsville’s Black community. The first public-funded school for Huntsville’s Black students began in Lakeside’s basement.  The church also originated the Annual Harvest Cultural Festival, an effort organized by Mary Binford, which is noted on the historic marker honoring Lakeside Methodist Church at Jefferson Street near Monroe Avenue.  Binford, Brandon, Herndon, Johnson, Lowery and Love continued to make their mark on the greater Huntsville community long after 1920.  The women are regularly recognized for their philanthropy and community activities by local newspapers.

Two of the six women lived to see the passage of the Voting Rights Act in 1965, including Dora Fackler Lowery.

The women’s story continues on Church Street, with a historic marker recognizing the childhood home of Rev. Joseph Lowery, the son of Dora Lowery.  Rev. Lowery founded the Southern Christian Leadership Conference with Dr. Martin Luther King, Jr.  Their efforts led to the passage of the Voting Rights Act of 1965.  This law fulfilled the promise of the 14th, 15th and 19th amendments and gave voting rights to all men and women, regardless of race, gender or economic status.  Two of the six women lived to see the passage of the Voting Rights Act, including Dora Lowery.

On the centennial anniversary of the ratification of the 19th amendment, the Historic Huntsville Foundation and the Councill High School Alumni Association will create a lasting tribute to Huntsville’s pantheon of suffrage heroes with a historic marker that recognizes their contribution to voting rights and women’s equality in Councill High Memorial Park.  Integrating the stories of Huntsville’s Black women into our public history shows that Huntsville is strong enough to tell the difficult chapters of our history with honesty and empathy and smart enough to learn their lessons.

Born in Montgomery, Mary Wood Binford graduated from Howard University in Washington DC and married Henry C. Binford Jr., of Huntsville, in 1899. Both she and her husband taught at William Hooper Councill High School; H. C. Binford became principal of the school.

Author’s Note:  Many, many thanks to Brenda Chunn, Sarah Carmack, Laura Clift, Ollye Conley, Bernice Richardson, Laura Silberman, Yvonne Simms and Penny Sumner for your support of this community project.

Remember the Ladies: Marking the Places where Huntsville Women Made History